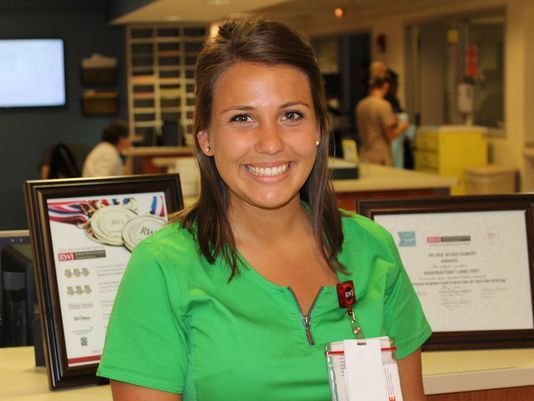 Courtney Donlon, 21, was sleeping on her flight.She was traveling from Fort laudeDale to Newark when she heard an announcement from the crew members whether any medical professional was on the flight.

Donlon, who had experience of only nine months, decided to save the life of her fellow passenger who went into cardiac arrest.

“I stood up and went over the crew members. I introduced myself and told them that I am a nurse. They believed in me a little bit and started assessing me. The patient was a 57-year-old woman. She was suffering from severe pain.  was aware that i have to do my best with very little resources like a stethoscope, Oxygen, aspirin and blood pressure cuff. At first, I told her that she was in safe hands. “, said Donlon.

” MONA, an acronym is very famous for a heart attack. It stands for Morphine, Oxygen, Nitroglycerine and Aspirin. I had only two of them. This was her first attack and this was a plus point for me.”,  she added.

The pain was coming and going for the patient, so it was really very difficult for me to make her calm. Donlon finally convinced the pilot for an emergency landing. the woman got proper treatment and thus she was saved.