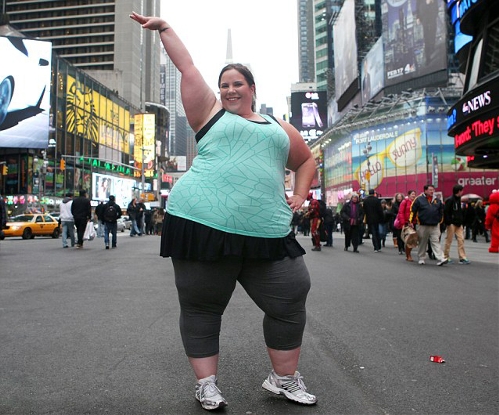 Why US People Are Getting Fat Day by Day

Obesity is now an epidemic in America. Most Americans have ballooned bellies sticking out in the most unbecoming fashion. Why are the Americans getting fatter? Before discussing the problem, let us first understand the classifications of obesity, overweight, healthy weight and underweight based on Body Mass Index. BMI calculation is based on height and body weight.

According to the World Health Organization, the following ranges of BMI values are used for categorization:

Let us now get down to the brass talks i.e. what is making the US people fatter day by day. There are several theories in this regard but people are yet to receive a definite answer. Of all theories out there, two causes are the main culprits in adding to the perimeter of the Americans’ waistline – Fast Food and Lack of Exercises

According to a report by the US Department of Agriculture, the average Americans used to consume 20% more calories in 2000 with respect to the base year 1983. It is, to a greater extent, related to a heavy rise in meat consumption. The Americans increased intake of added fat over the same time period.

The WHO suggests that increased fast food sale is strongly related to a rise in BMI. It is now an open secret that the Americans enjoy eating fast food almost on daily basis; they are addicted to it. Fast food constitutes nearly 11% of diet for the average Americans. Another study clearly shows that sugars from energy drinks and soda are also contributing to the Americans’ waistlines. Therefore, what we eat is more important than how much we eat if it comes to what inflates our body weight.

Lack of Exercises is Normal

An unhealthy change in lifestyle has contributed to rising obesity problem. Most Americans now do cushy jobs, attaching themselves to the chairs and keeping glued their eyes to the computer screen throughout the workdays. According to a recent study, 20% of jobs in America require moderate physical activity – which is a sharp decline from 50% of jobs more than five decades ago.

Another study claims that the Americans now burn 120-140 fewer calories/day than they used to do five decades ago. That means, we are packing in more calories but burning out less and the surplus is simply adding to our pounds.

And our lethargy is not confined to the only workplace. The Americans now walk less than what they used to do before. They now seem to be less health conscious than people in other civilized countries. They love throwing themselves in the car while traveling to and from office. Even after getting back home and on the weekdays, they don’t do exercises.

There are other factors such as smoking, drinking, dairy, genetics, age etc which are strongly related to weight gain but none of them is as important as fast food consumption and lack of exercises. But at the end, it is the inequation between calories consumed and calories burnt, which is playing havoc on the Americans’ waistline. Decide yourself which of the causes is most intimately related to weight gain.