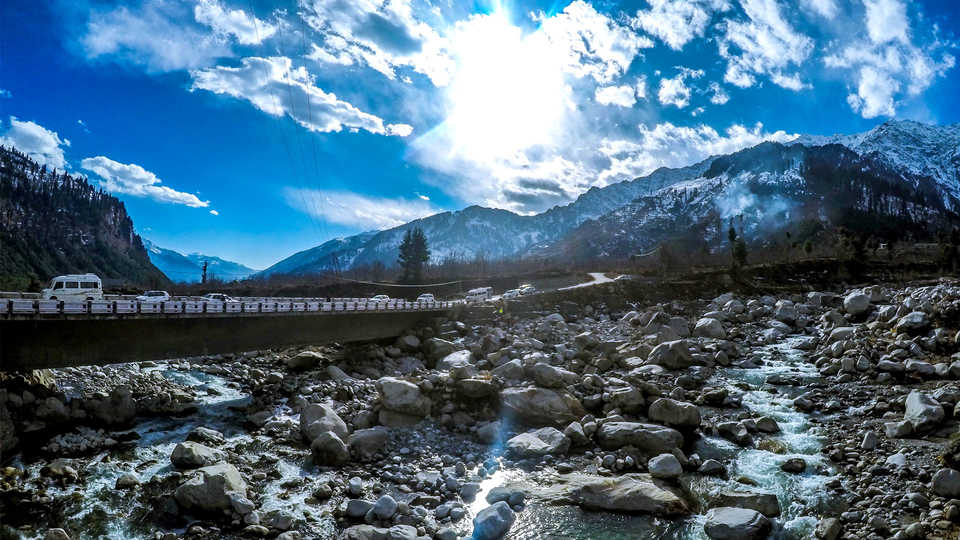 India’s northernmost states situated in the marvelous Himalayas. A land of snow, a delight for a snow lover or for a person seeking some quality time amidst the serenity of nature or peoples seeking relief from the hot weather. There are numerous destinations to explore in Himachal, something is available for every season, that’s why it is also known as “destination for all the seasons and all the reasons”.

It also tops the list of honeymooners who crave to enjoy the togetherness in the lap of nature, Shimla tour packages are one of those most famous honeymoon packages. Along with the famous destinations, there are few villages in Himachal that are still not explored, you can walk towards these offbeat villages to enjoy unexploited beauty and solitude far from the maddening crowd.

Spiti valley, a cold desert mountain valley situated high in the Himalayas, one of the most beautiful hidden destination of north India. Located across the river Spiti home to numerous Buddhist destinations, famous for monasteries, mystical topography, trekking routes, semi-frozen rivers, and lakes.

If you want to enjoy the solitude amidst picturesque natural surroundings you can explore this hidden gem.

The most famous hill station of Northern India, the capital city of Himachal. It was declared as ‘Summer Capital of India’ by Britishers because of its captivating beauty and amazing weather throughout the year, especially during summers.

You will be able to enjoy the blend of Indian glory with British sophistication here. Shimla tour packages are one of the best-selling packages. The city is quite crowded during seasons because every tourist wants to discover this unmatched beauty and enjoy the cool breeze in the hot summer.

Chail is an unspoiled paradise situated near Shimla, best destination for summers. Situated in higher altitude than most of the other popular hill stations surrounding it, so it offers an unparalleled view of lush green hills. Famous for the world’s highest cricket ground and Chail Palace, which is a lovely heritage hotel surrounded by beautiful pine and deodar trees. It’s a photographer’s delight and nature lover’s paradise.

Situated just 13km from Shimla, Mashobra is an offbeat destination, a well-kept secret for one who has visited almost all tourist places in Himachal Pradesh, situated at a height of about 7700 feet, ensuring nominal human obstruction.

A captivating destination with beautiful deodar trees and adventure activities such as zipping, camping under the stars amidst lovely nature, it can be the most romantic night you can spend with your loved one.

Another famous hill station in Himachal Pradesh which is built on and around five hills: Kathalagh, Potreyn, Terah, Bakrota, and Bhangora. An ideal destination to enjoy the serene and tranquil atmosphere, amidst snow-capped mountains along with lots of accommodation options available to suit your budget.

A short drive from Dalhousie will take you to the ‘Mini Switzerland’. Situated at an altitude of 6,500 feet it’s the best destination to relax and unwind in a stunning, refreshing environment.

Very few accommodation options are available in Khajjiar, so you can book your stay in Dalhousie and then travel to Khajjiar.

Famous destination among honeymooners as well as backpackers for trekking and enjoying the snow.

It tops the list of adventure seeker with lots of options for adventure sports such as trekking, mountaineering, rafting, paragliding, skiing. Situated at a height of 6260 feet above sea level, Manali is one of the most popular, stunning and breath-taking hill stations in India.

It’s a pilgrimage site for Sikhs and Hindus which attracts lots of travelers throughout the year for its hot springs, religious inclinations, and beautiful surroundings. There are three hot springs, one is inside the Gurudwara and the other two are privatized by guesthouses.

While on your way to Manikaran there lies a beautiful petit hill station known as Kasol. Little Israel of India situated in the Parvati Valley on the banks of Parvati river.

It’s again heaven for adventure enthusiasts, trekkers, and backpackers. Perfect destination throughout the year, with a pleasant climate, low population and less crowd makes it an unspoiled land to relish nature.

Kangra is the largest region of Himachal Pradesh, home to the Katoch dynasty which is one of the oldest surviving royal dynasties of the world. Kangra is famous for its picturesque surroundings, ancient temples and the incredible view of majestic Dhauladhar range.

A small hill station in Kangra situated few kilometers from Dharamshala at an altitude of 2828m. It’s a large land of green grass and you can enjoy the view of mighty Dhauladhar range from here. Perfect trekking destination, a short and easy trek that offers an escape into the majestic Himalayas along with an amazing scenic view of the entire Kangra Valley.

Bir is a village situated in the west of Joginder Nagar Valley in Himachal Pradesh, a center for ecotourism, spiritual studies, and meditation. Home to several Buddhist monasteries and a large stupa. It’s a paradise for Paragliding and a blessing for an adventure enthusiast. Even after its mesmerizing beauty, the site is not commercialized, and you can enjoy the beauty of nature in its purest form.

Prashar Lake is situated 49km north from Mandi at a height of 2730m above sea level along with a three-storied pagoda-like temple which is dedicated to the sage Prashar. It is also believed that the sage Prashar meditated here and the lake was named after him. It’s a blue-water lake, a well- kept secret surrounded by Dhauladhar ranges and snow-peaked mountains in Kullu Valley. Prashar Lake trek is one of the famous treks of the region which follows a pleasant trail through woods and several rivulets.

The list goes on and on, there are countless other beautiful destinations or villages to explore in Himachal Pradesh such as Narkanda, Dharamsala, Mcleodganj, Solan, Kasauli, etc. It depends on your preference either you want to explore the serenity of unexplored lands or celebrate the popularity of famous destinations.