Recent
Home US Should the US Strict, The Process of Buying Guns? 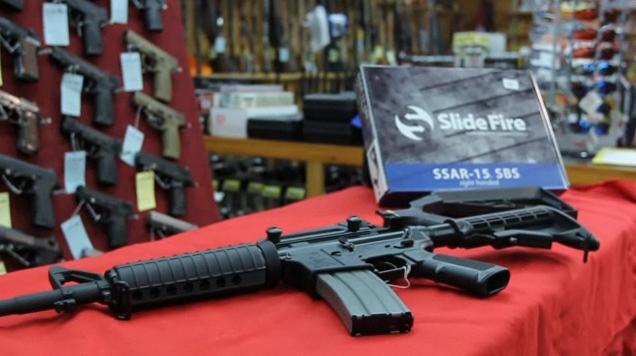 Should the US Strict, The Process of Buying Guns?

In the last few years, the USA has been rocked more by the teenage gun shooters than the terrorists. The news of teenagers going on a shooting spree at schools and colleges has made headlines several times. Many have succumbed to the shootings and several individuals have suffered injuries. Now, these repeated attacks have raised a burning question – should the country strict its laws in regards to ease of buying guns?

Look at the real picture!

Let us first shed light on reality. Americans are allowed to  buy an AR-15 military-style rifle once they are 18-year old.

As per Federal law, there are stricter age requirements for a purchase of handguns than for the AR-15 military-style rifles which have now emerged as the commonest choice for the recent mass shootings in the country. The Americans are required to be at least, 21-year old in order to own a handgun. Unfortunately, the upper cap on age is lowered for buying the assault weapons, such as military-style guns and long guns including shotguns and hunting rifles.

So, the debate starts……

It surprises many that the young adults, who are not entitled to buy alcohol, can buy a gun from a legal gun store. If they get through a background check, they are allowed to buy high-powered guns and even assault weapons in some cases. According to many eminent scholars and social activists, ease of buying guns is at the root cause of evils rocking the country in recent times.

However, some apologists think the laws in this context made when military-style rifles were not so much popular and the young adults used to buy long guns only for hunting. 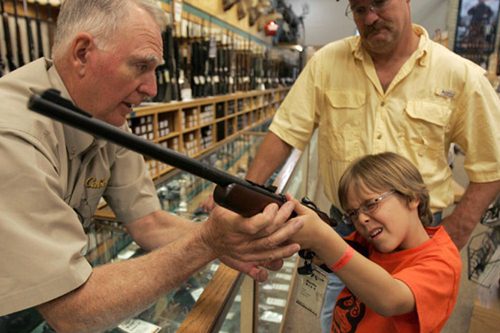 However, firearms expert Massad Ayoob has insisted that age is not related to the mass shootings. Ayoob, who is also an author and instructor, thinks these shooters would not have been less brutal at a matured age. Let me tell you she is not an apologist.

An 18-year old adult can register his/her name in the armed force, dates with the partner and even doesn’t need parents’ permission to marry. Even a few decades ago, an individual at this age was allowed to buy beer. The point is, the 18-year old adults are old enough to take decisions on their own. They know what is good and what is not. Therefore, it is wrong to say that these mass murderers, who gunned down many at the college campus, were not aware of the consequences of their actions.

As per a report by the Centres for Disease Control and Prevention, which is a Federal agency, raising the age to 21 to buy drinks saved many lives. Further research shows that the same criterion has reduced car accidents by 16%. Though AR-15 style rifles are a common weapon in some of the most notorious mass shootings in the country, it is seldom used in gun violence repor,ted every day.

Still it makes some sense if the Federal government enforces a stricter law for gun purchase and possession. By raising the age bar and restricting easy availability of guns (especially those categorized as assault weapons), the government can do a favor to the entire country by making efforts to curb the gun violence.