Recent
Home Health Response to Covid-19: Lessons to Learn from US 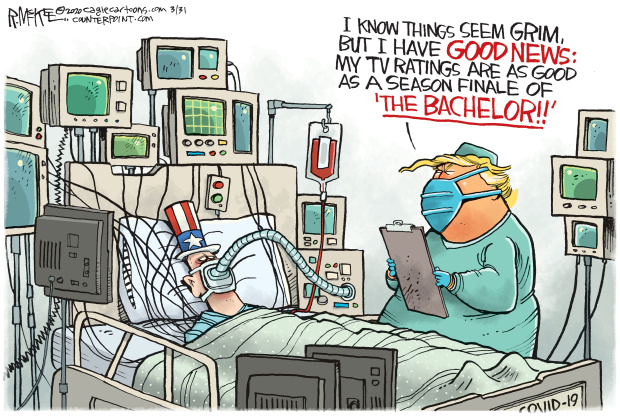 Response to Covid-19: Lessons to Learn from US

US’ responses to Covid-19 pandemic are timid and terribly pathetic. It establishes the fact that President Donald Trump’s decisions to combat the pandemic are completely driven by a political agenda instead of science and logic. Haphazard handling of the global health hazard has resulted in cascades of crisis, affecting the economy as well.

The United States brags about its world-class health care infrastructure. However, it is, to date, the most affected country in terms of both the number of infected and dead, with over 140,000 fatalities out of 3.5 million cases. It is almost six months after the pandemic broke out in the USA and the country is still floundering for a way to flatten the curve. What could be a better example to prove its callous responses towards disease control?

The crisis was blown out of proportion due to flawed responses to the pandemic. Here are 10 major decisions that went utterly wrong and each of these gives us a lesson not to repeat.

First, the decisions were politically motivated and so stripped of science-driven logic. The source of the fountains of flaws and failure is President Donald Trump. Despite the browbeating of Covid-19, he dismissed its virulent nature by comparing it to seasonal flu. He then appointed V.P. Mike, the Vice-President of the USA, as the head of a task force to suggest what to do though gave it no authority.

Second, no law-guided national plan was drafted to address the pandemic. The task force devised guidelines for localities and states to track, test and treat patients or people suspected of Covid-19 infection. The task force also devised sheltering in places as well as social distancing and mask wearing to prevent the pandemic. Everything was fine but no mandatory law or rule was in place for implementation.

Third, the pandemic is actually a global issue but was treated like a local and state issue. The local officers and governors were entrusted with the duties to control the pandemic and that is the reason why the approaches to handling the diseases and outcomes of the efforts vary between states.

Fourth, the amount of medical equipment and test kit sanctioned by the federal government was limited compared to necessities because of disruption in the manufacturing process and supply chain. However, the states were made responsible for sourcing these and eventually got involved in fighting among themselves to obtain the materials from private suppliers and overseas.

Fifth, mixed and morphed messages in connection to pandemic made the matter worse. The task force provided regular briefings until the lockdown was lifted but Trump decided to step in and hold the briefings only to contradict the medical reports and experts’ views, argue with reporters and suggest unproven drugs.

Sixth, Trump was never in favor of lockdown and pushed towards an immediate reopening soon after the sheltering in place. He even used Twitter to reach out to his millions of followers to free Michigan and Virginia as he felt the governors in these two places would be reluctant to reopen or at least, dilly dally in reopening. These show that he was weighing the options that could improve his re-election possibilities at the expense of public health.

Seventh, rapid reopening in the states like Arizona, Georgia, Florida and Texas because of relative success in other parts proved utterly wrong. California, Northeast and Midwest were the primary hotspots but by Mid-May to Early June, situations improved in these areas but seemed to rise in other parts of the country. Reopening in the least affected states made the relatively safer zones new hotspots.

Eighth, lack of uniform social mechanism led to ‘Hell and Heaven’ differences in the outcomes as not all states enjoyed equal success in enforcing lockdown, social distancing and use of masks.

Ninth, Trump’s administration misplaced its priorities on the economic sector. Rapid reopening was done to shake the economy of its drowsiness and save it from downfall brought upon it by the pandemic. But the decision inflicted heavy costs on both health and economy.

Tenth, It is the most important of all the lessons to be learned from Trump’s bizarre decisions. The President repeatedly made little of experts’ advice and even ignored words of wisdom from Dr Anthony Fauci, the task force member and an internationally acclaimed virologist just to reiterate his perceived concoction and version of reality.

With a set of ‘make and repeat’ decisions, which are divorced from reality, Trump has become a new role model for many nations. Sans of foresightedness, he has carved a path that must not be taken by others in response to a pandemic like Covid. His Covid-19 playbook, which he designed and developed to gain personal and political mileage, is a template for national leaders on what they must not do to fight a health crisis.

Play, Rewind and Play again – No, that should not be the case again…..