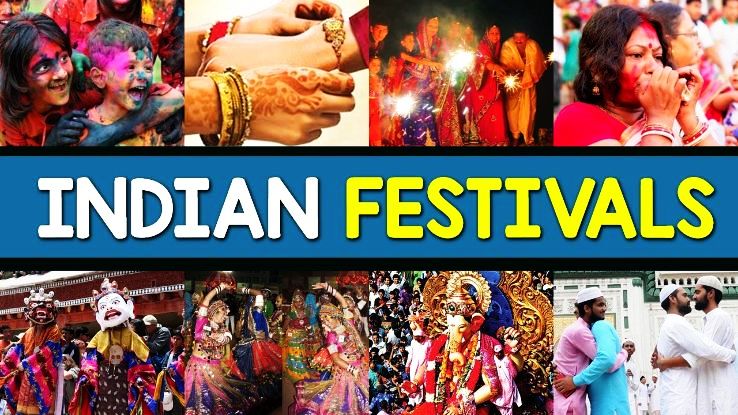 Most Famous Festival in India

India is the most famous country which has a rich culture. There are many festivals are celebrated in India.

Diwali is one the most  famous festival of India. Diwali is celebrated by Hindus, Jains, and Sikhs and this festival is celebrated between the month of October and November.  Most of the people begin the prepration of this festival before 2 weeks of Diwali. Celebrants will prepare by cleaning, renovating, and decorating their homes and workplaces. Diwali usually celebrated  after 18 Days of Dussehra. It  is celebrated to mark the return of Lord Rama from 14 years of Exile and his victory over the Demon Ravana.

A few days before Ravtegh, which is the day before Diwali, houses, buildings, shops and temples are thoroughly cleaned, whitewash  and decorated with pictures, toys and flowers. On the day of Diwali, people wear  new  clothes and exchange greetings, gifts and sweets with their friends and family. At night,  the buildings are illuminated with earthen lamps, candlesticks and electric bulbs. The shops of  Sweets and toys   are decorated. The bazaars and-streets are overcrowded. People buy sweets for their own families and also send them as presents to their friends and relatives. At night, the goddess Lakshmi, is worshiped in the form of earthen images , silver rupee. Hindus believe that on this day, Lakshmi enters only the houses which are neat and clean.  People pray  for their own health, wealth and prosperity.

Holi is one of the main festival of Hindus. Holi is the festival of colours. Hindu celebrated this  festival with much enthusiasm and Happiness. It is the festival of colours  and it is celebrated in the spring season. This festival is also known for festival of love. Holi is a two days festival which begins the night before  the main festival with choti Holi, when the large pyre is burned on the streets as a symbol of  Holika Dahan. and it is symbolic of  the victory of good over evil. and then next day people play with colours  with their relatives, friends and neighbours. Childrens  play with pichkaris and through the water cannons to each other.  ‘Gujiya,  ladoos  and Thandai’ are the main sweet of  Holi. People hug each other on holi and  give  a beginning by forgetting all the sorrows.

Eid-Ul-fitr is a major festival of Muslims in India. During the festival  people visit in the mosque for an auspicious prayer i.e Namaz.  In this festival Muslim wear new clothes and preparing  sweets  like sewainyan. Childrens take idi, a small token of money  as a gift and relatives exchange sweets and gift to each other.it is a festival of brotherhood.

Raksha Bandhan is a Hindu Festival religion and it is celebrated all over India. It is a festival  of brother and sister. In this festival, sisters tie the ‘Rakhi’on his brothers hand. It is not just celebrated among real brothers and sisters,  but also in cousins. This festival has been celebrated since ancient times. The market is flooded with the variety of gifts. In market there are so much variety of items that’s confused on what to gift to their sisters.   And many children  fly  the kites with their friends on that day. This festival is the best  festival for everyone.