Recent
Home Business How to Prevent a Smoking Oven? 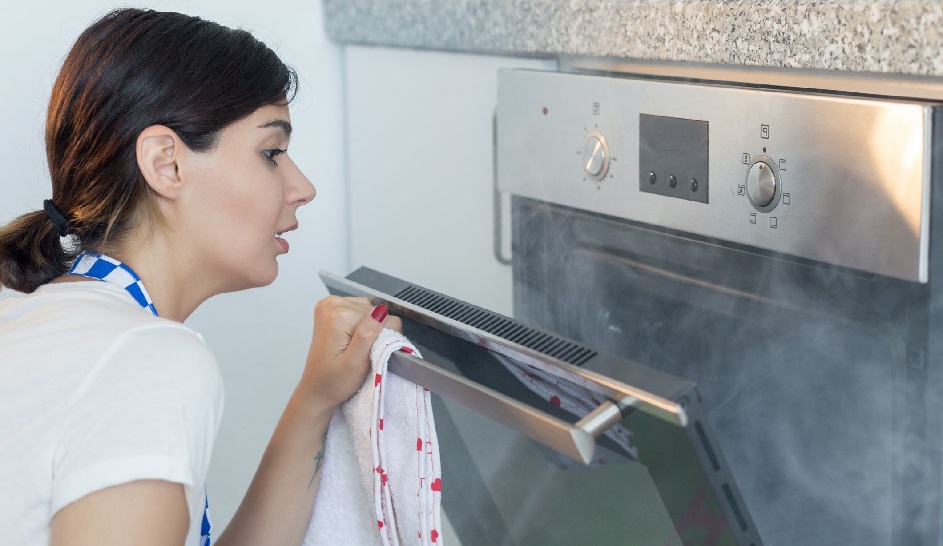 How to Prevent a Smoking Oven?

There are multiple ways of preventing a smoking oven like rotating rack ovens and many others, some of them are described as below:

Turn Off the Factory Coatings

When you are buying anew oven it is quite normal to experience some sort of burning smoke when you use the oven for the first time, because most of the ovens have some sort of oil-based factory coating inside them which burn off as the oven is used for the first time for any sot of cooking. we know that smoke leaves a burning taste inside the food so we can always get rid of the smoke there is no need to worry.

When you notice a burning sensation in your oven you need to turn it off immediately so that it may cool down for some minutes then you can carefully remove any pots placed inside the oven. After removing the pots, you should turn on the oven at some normal temperature and let the smoke burn off. After some time, you may notice that letting it burn for a specific amount of time has removed all sorts of smoke coming out from the oven.

Another main cause of the impending smoke in our ovens can be the presence of leftovers of different food particles that were recently baked in the gas or electric oven. Everything has its own time, after that specific time passes by it starts to wear out similarly in the case of baking in an oven when the pizza crust or any other particle is left out in the oven for a long time it will wear out and when it is being baked repeatedly with the other new dishes that you are making for yourself it will start to get burned because of the excessive heat being provided to that specific particle. Overheating or overbaking of some leftovers can also be the leading cause of smoke caused in an oven. To avoid such a situation, we should regularly clean our oven so that any sort of leftover is not left in the oven.

Increased gas pressure can be another impending cause of the smoke being produced in our oven. All the ovens provide the same function but they all work on separate and unique phenomena’s and we cannot mess with their system of working to achieve something we want. All the ovens have their separate maximum limit for gas pressure and they also have different maximum heat temperatures which helps in perfect and even cooking or baking. Whenever we exceed the gas pressure in our oven it enables the gas fumes to rise higher and disturbs the whole mechanism of the oven, this is the most dangerous cause of s=impending smoke because it may also cause a fire in our kitchen because whenever the oven is set at some unreasonable temperature or gas pressure it may lead towards smoke and even fire.