Recent
Home Automobile How Impressive is the 2022 Model Year Edition of the Chevrolet Suburban Series? 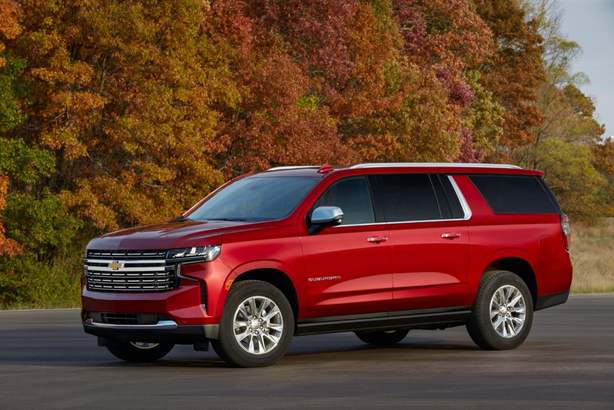 How Impressive is the 2022 Model Year Edition of the Chevrolet Suburban Series?

Suburban is a gigantic SUV model name from Chevrolet that has earned worldwide proclaim for its impressive qualities. Since the Chevrolet Suburban models have already received quite an amount of makeover touches for the year 2021, we cannot expect any significant changes for this year, in 2022. Even if we find something new, it will not be anything extensive, the Spokane Chevrolet dealer mentioned it clearly.

The 2022 Chevrolet Suburban is an SUV model that will impress you in many ways. Among all those impressive stuff that it has to offer, it is majorly the package of standard features and configurations, that has so far made all the tall statements.

As per the specifications released by Chevrolet, the 2022 Suburban models will run on the same 5.3L V8 engine spitting out 355 horsepower and 383 lb.-ft of torque. Apart from these numbers, the 2022 Chevrolet Suburban models also have a handful of impressive cabins, to make a deeper impact on the senses of the onlookers.

More specifically, the interior cabins of the new 2022 Chevrolet Suburban make an instant positive image with an abundance of space, where no traveler has to struggle for comfort. The three-row massive crossover SUV model also lays a luxurious enough cabin to accommodate each of its occupants luxuriously. The cabins of the 2022 Chevrolet Suburban models spread their three rows of seats to fit in eight adult people with ample head, shoulder, and legroom.

The 2022 model year edition of Chevrolet Suburban also makes its mark in its competitive segment of three-row crossover SUVs by offering a huge and elastic space for holding cargo items. The numbers measured behind the third row of seats say, there are 41.5 cubic feet to fit in the items like groceries, a couple of suitcases, and whatever you can need when you go for weekend travel with your family and friends. However, the said space for cargo can be stretched further by folding the rear two rows of seats flat. By compromising the third row, you get 93.8 cubes, while doing the same to the second row as well will expose a gigantic measure of 144.7 cubes, lying behind the first row.

Belonging to the family of enormous SUVs, the 2022 Chevrolet Suburban models naturally had to install all those engines that never fall short of power, while executing the most arduous tasks. For this, Chevrolet has engaged two gasoline V8 variants along which there is also a diesel six-cylinder engine present in the current year lineup that consists of a 5.3L V8 engine making 355 hp and 383 lb.-ft of torque and yet another V8 engine, popular for raising 420 hp. But if you go for the range-topping 6.2L V8 engine, it will prepare you well in advance for every kind of drive hazard and deal with them with its jaw-dropping torque figure of 460 lb-ft of torque post joining a 10-speed automatic transmission as standard, informed a young and enthusiastic sales professional from the Spokane Chevy dealer.