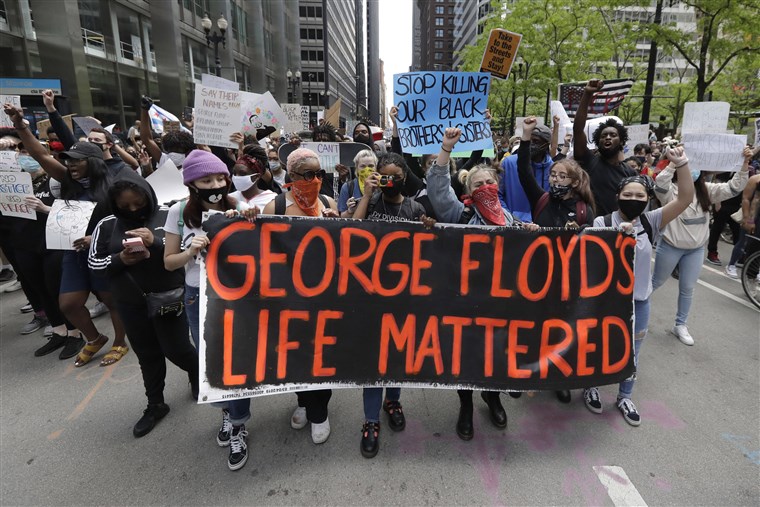 These were the last words of George Floyd who kept on begging for his life as police officer Derek M Chauvin pinned him on the ground with his knees. Independent autopsy report suggests Floyd died of asphyxiation.

Neither Floyd nor Chauvin was a household name but after the incident, mass and media have turned one into a hero and another into a villain.

The incident has led to a cascade of protests, riots, looting, vandalism, blames and counter blames, and finally, President Donald Trump’s overt wish for declaring ANTIFA a terrorist group. Let’s now take a telescopic look at all these elements that are currently shocking and shaking the most powerful country in the world.

Based on the available footage, the Washington Post has reconstructed the chronology of the events on that fateful night. 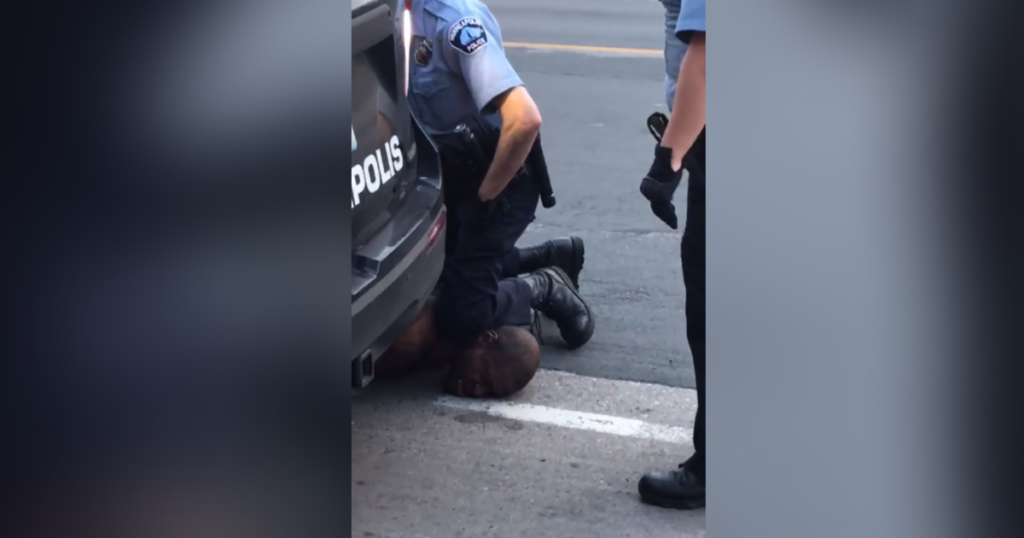 Floyd along with another man and a woman visited a store owned by Mahmoud Abumayyaleh of Arab origin. The store owner called the police by claiming that Floyd had tried to pass off a counterfeit $20 bill.

The group left the store and Floyd returned after 10 minutes. He tried to pass off the same counterfeit note and was caught again by the same employee. By then, Floyd already got into his car. The police were called and they made an arrest.

It was, however, not clear from the video footage whether Floyd resisted his arrest. A tall and muscular man as he was, it seemed that even a gang of four police officers had to struggle a couple of minutes to handcuff him.

It is claimed that the main accused, Chauvin, was pinning Floyd on the ground for 8 minutes – enough even for a muscleman to breathe his last.

As soon as the footage of Floyd’s death went viral across the news channels and social media sites, protests erupted across various streets and highways of America. People started pouring out on the streets defying lockdown and browbeating of Covid-19. Both streets and social media got abuzz – and still, they are – with BlackLivesMatter slogan. 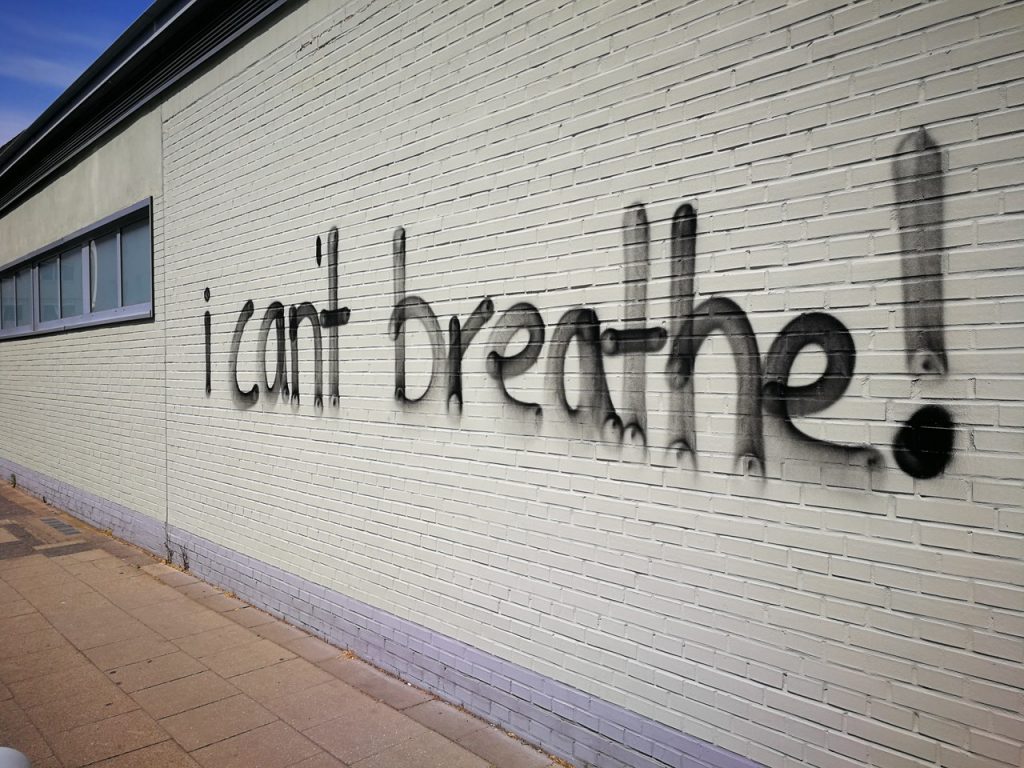 The infectious fire of anger has spread to other parts of the world and in the last few days, the world has witnessed cascading of mass condemning the police brutality and demanding justice in different countries such as Germany and Paris.

Unfortunately, what started with peaceful protests turned violent. Television media and social media are releasing uncomfortable video footage of rioting, shop evangelization, and looting. These are definitely soiling the true essence of the protests.

According to a section of people living in the USA, looting started when protestors were refused milk to treat their burns caused by tear gas that the police used to disperse the peaceful protestors. They claim people tried to stage peaceful protests but that did not work. It is one of the contributing factors for the starting and volcanic eruption of riots and violence.

And yes, video footage is showing plenty of evidence of how looting is going on in many cities. A lady was even seen to steal cakes. Some violent protestors are smashing valuable electronics whereas some are busy taking portable items to their home.

It is getting evident day by day that though some are genuinely concerned about racism and black lives; a group is busy to take advantage of this situation by hooks or crooks. The scenario is unfortunately but undoubtedly bleak and blight.

The USA has a long history of systematic racial discrimination and brutality against the Black community for benign crimes. Justice is seldom meted to the families of the black convicts dying in the police custody. There have been many tragic deaths and the Police Department has not been held responsible for their nonchalance and inaction. 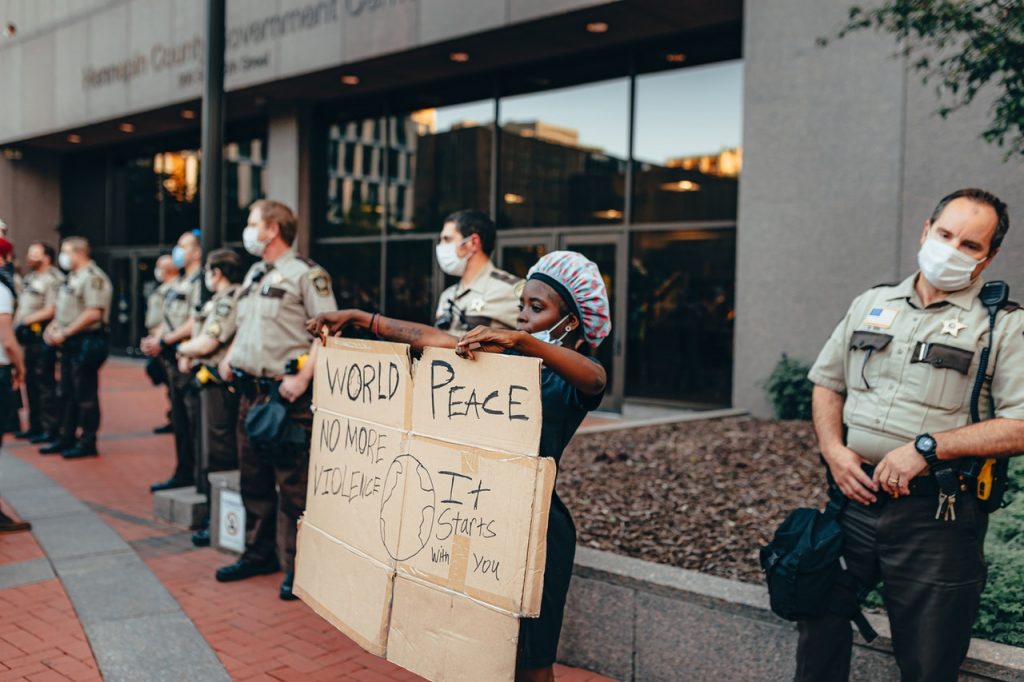 It was not long ago when a young boy namely Tamir Rice was gunned down by police without any evidence of provocation. His fault? He was playing with a fake gun. And then, there are other cases such as Arbey, Breonna and many more. Therefore, Floyd was not alone to receive such a brutal treatment as many suffered the same or more brutal fate.

Floyd was, however, not a saint that he is now made by many after his tragic and brutal death that has reasonably and rightly re-raised the issue of ‘BLACK’ discrimination. He was convicted of armed robbery in Houston. He was sentenced to five-year imprisonment in 2009. As a result, he had to leave his hometown.  However, that black history does not make a ground for his BRUTAL KILLING.

Police Officer Chauvin also has some ignominious chapters in his professional dossier. He has 12 Police Brutality complaints against him in the Police Conduct Complaint Database of Minneapolis. All these complaints are listed as “No-Discipline”, “Non-Public” and “Closed”. However, his checkered past cannot be a ground for RAGE OF GOONS.

In our next blog, we’ll investigate if ANTIFA has any role in triggering the riot.