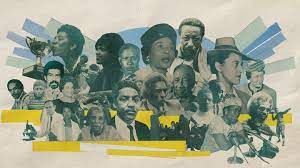 John Michael Phillips is an American lawyer, consumer and civil rights campaigner, and legal commentator born on February 4, 1975. He is admitted to practice law in Florida, New York, Georgia, Texas, Washington, DC, and several other places in the United States. Phillips has served as lead counsel in several high-profile cases across the country. For example, after Jordan Davis was shot in Jacksonville, Florida, he successfully represented Lucy McBath and Ron Davis. John is also taking care of a famous rapper YNW Melly, accused of murdering a few people. Despite his success as a lawyer, John has been on numerous news programs, including CNN and TMZ, for a long time. John has also appeared in the Netflix docuseries “The Tiger King.”

During his political career, the Mayor of Jacksonville nominated John to serve on the city’s Human Rights Commission. Although, according to the pastor, a Brunswick, Georgia pastor once petitioned the mayor to force Phillips to leave because he was biased, alleging Phillips “has proved he cannot be a fair person and serve on the city’s Human Rights Commission, ” Phillips was re-elected to the Commission after the mayor’s office sided with him. Phillips resigned from the Commission on November 14, 2017, to avoid any potential conflict of interest before bringing multiple civil rights complaints against the City of Jacksonville. During the deposition of the elected Sheriff in one of those lawsuits, Phillips offered to settle the case if he apologized for the police brutality on film. The Sheriff was happy to help. Folio Weekly named John one of the 29 most important figures in Jacksonville, Florida, in 2016. He participates in a lot of community outreach.

Phillips began his legal career as a civil litigation defense lawyer, representing companies like Coca-Cola, Hertz, and State Farm against personal injury claims. He worked alongside John Morgan and represented victims of catastrophic injuries after more than eight years with his firm. Phillips established his law firm in 2011. Since then, it has grown into a multi-state practice. He is a well-known civil rights attorney, wrongful death attorney, sports attorney, personal injury attorney, commercial litigation attorney, and criminal defense attorney.