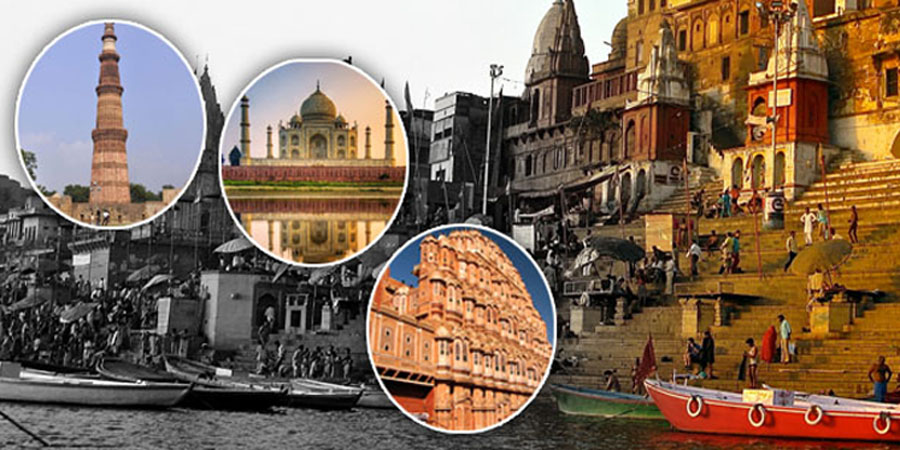 Experience the Unique Traditions and Culture of Golden Triangle

If you want to experience the unique tradition and culture of the diverse land of India in a unique way, then the golden triangle tour by car is the best way to do it. The golden triangle circuit of India is one of the most famous and admired tourist circuits that focus mainly on 3 main tourist destinations in North India, namely Delhi, Agra, and Jaipur. You can also organize this tour with other lovely cities in India. A tour of the golden triangle that stretches with the famous cities of Varanasi and Khajuraho is one of those itineraries that give you the opportunity to explore the different faces of the amazing land of India.

Delhi – The Capital City of India

Delhi is usually the 1st city to be explored during a tour of the golden triangle. Located on the banks of Yamuna, Delhi is the national capital and the sprawling urban city of India. This city of India provides shelter for people from different parts of India, served as the capital of many rulers and empires. Today, it is home to a wide range of historic monuments, buildings, and shrines. Among the best attractions one can visit in Delhi is Akshardham Temple, Qutub Minar, Raj Ghat, Parliament House, Red Fort, India Gate, Jama Masjid, etc.

Agra – The City of Love

After exploring Delhi, the next city in the gold triangle itinerary is Agra, a city that achieved immense fame in the world because of the legendary Taj Mahal, built by Shah Jahan in memory of his beloved wife. This city is also home to other world heritage sites, including the Agra fort and Fatehpur Sikri, all built during the Mughal era.

Jaipur – The Pink City of India

The 3rd city to be covered during the golden triangle is Jaipur. It is also known as pink city of India. It is also famous for its magnificent forts, palaces, and colorful culture. Through its many massive structures, Jaipur offers tourists the opportunity to enjoy the unique culture of the land and meet happy people wearing multi colored dresses.

Varanasi – The Holy City of India

The golden triangle tour with Varanasi and Khajuraho begins with a visit to Varanasi. Varanasi enjoys a scenic location on the left bank of the holy Ganga, an ancient city and a major religious center of Hindus in India. One of the most surprising experiences of international tourists in Varanasi is visiting the Ghats cremation site near the banks of Ganga. The morning boat trip is the best way to enjoy watching hordes of people bathing at the ghats.

Khajuraho – City Famous for its Temples

Next Khajuraho come to the route of this itinerary, a cosmopolitan city famous for its exciting temples. This region was far from the main political centers of India during the medieval period, and was therefore not harmed by foreign invaders. The beautiful carvings in the temples depicting life in paradise also refer to the people and society of that era who believed in the full enjoyment of their lives before proceeding to the path of heaven. The best temples to see here are Parshvanatha temple and Adinath temple.