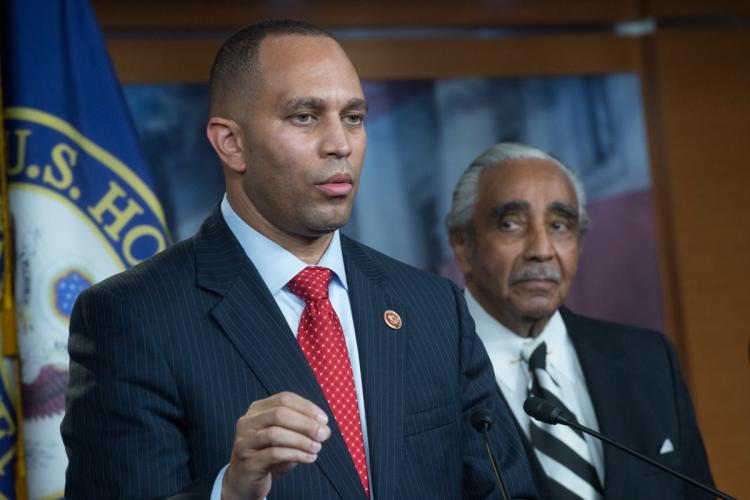 Here is the video of Hakeem Jeffries:

Jeffries also said that Trump promoted the racist thought that Barack Obama was not born in the United States Of America.

Well, one .politicians are here for blaming each other. We the people of the USA should decide whom and why to one.