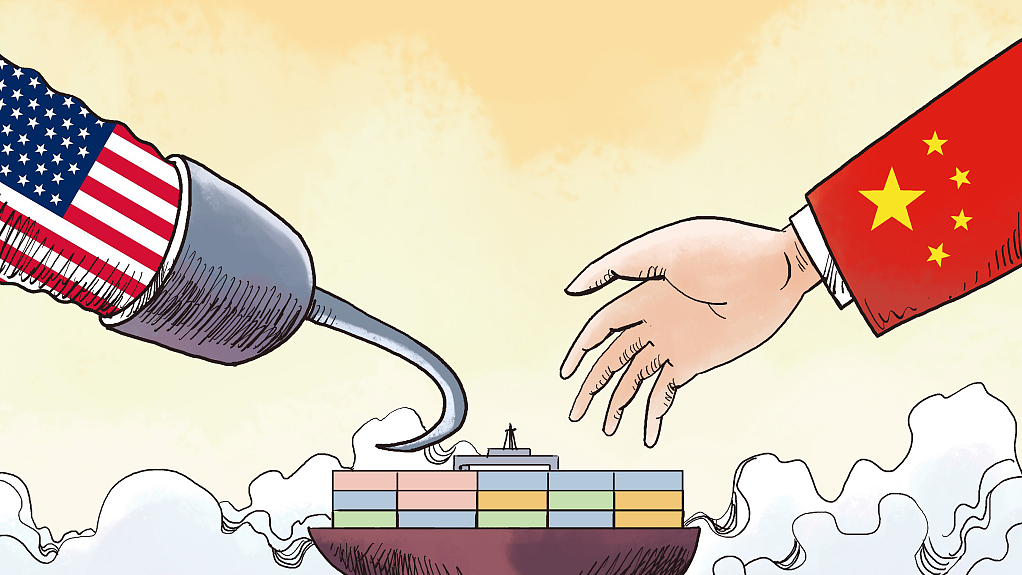 Decoupling of US-China Relation and Its Global Impact

‘Decoupling’ – Separation or Divorce? Well, I will peel it off in layers through this blog. It is now a popular word in international trade. The word implies segregation between the US and China Economies. However, the term, like many other terms in economics, bears a deeper significance and consequence than just only simple separation. From a distance, it’s hard to predict if the actions-reactions are temporary or permanent. Complexities involved in different layers make it tough to credit or blame a particular party, based on anyone’s perspective of seeing and judging things.

Leaders from both the nations are adopting decoupling. China President Xi Jinping allotted the blame to the United States, calling it an untrustworthy supplier. However, even before Beijing slapped the allegation, the Red Dragon had an ambitious and arduous plan to give a tough competition to the western world and ultimately dethrone them by developing global winners in 10 significant technologies. Their “Made in China 2025” initiative and the draft of the 14th five-year plan are based on self-reliance that seeks to strengthen domestic economy through decoupling and fragmented globalization

China has made a trade game plan by opening its door to foreign investment while committing itself to domestic economic development that will remain insulated from external pressure and disorder.

US president Donald Trump has urged the American companies to leave China and drop the Chinese products from their supply chains. The president has also imposed ban on Beijing’s investment in the USA, which has dramatically dipped in the aftermath of Covid-19 and China’s initiative to restrict investment in foreign countries.

The administration has cited the reason of national security for the reactionary measure, as evident in the Huawei case. Both Donald Trump and Joe Biden are now favoring reshoring by urging the US companies to come home. The intention is definitely not to put China exclusively on a skewer but they are clearly a prime meaty target.

The Chinese people don’t have plenty of choices. Both the Government and Manufacturers know that they need to depend on the western products, especially their short-term reliance on semiconductors being an open secret. Therefore, they have set up an aspirational goal but Beijing is embracing pragmatic measures to realize it.

As per the US business associations’ survey in China, only a few respondents expressed their desire to leave whereas majorities are yet to consider it. Many American companies working in China are contributing to the non-critical economic sectors and thus, serving the China market. They are most reluctant to give up their offshore ambition and sail to their native land as they find no political or economic logic to leave.

The paradoxical reality for the US companies, particularly those working in the information and communication technology sector, is China is their best customer but the biggest threat as well. They clearly see through the maze into future but don’t want to give up their short-term profits. The Trump administration is trying to coerce them into compliance and in the process, control the technology export.

The impact is believed to be counter-productive as the companies harvest their offshore profits back into Research and Development. The stagnant income flow from the source will cut competition in the industry in the long run and cause heavy compromise with their potentials to make most of the cutting-edge technology for military supply. The companies are really concerned about the pushback on the administrative policy and awaiting the election result to see if power changes hands and a new president and policy bring a new dawn.

In both countries, reality is not in keeping with the policy and the scenario is unlikely to change in future. Companies will always try to adopt the economically pragmatic steps if they are not forced by the government to do something else. However, from the perspective of economic realities, it sometimes makes sense to move on. In China, wage rate has been on steady rise for a long time and it has prompted companies, which use labor-intensive technology, to leave for the counties where labor is cheap or to consider it.

Many companies have a plan to dwarf their supply chains -, the trend set in after the Covid-19 pandemic and has become popular since. Companies are planning to cut corners on transportation times and costs and willing to be in close proximity with their customers. Hence, they are heavily concerned about reliability and flexibility of supply chains. No words are enough to condemn China for its barbaric treatments with the Uyghur minority and it has made companies worried about their association with a client country that has blood on their hands from heinous human rights violations.

The issue is not about moral compulsion or government requirements but is related to concerns about consumer boycotts. China’s tariff and whimsical retaliation are indirectly triggering the pressure to reconsider supply chains.

Decoupling and Reshoring – Not Synonymous

Remember that if a company decides to recouple, it never means the company will ship lock, stock and barrel to the United States as production cost is pretty high there. Mexico and Vietnam are expected to enjoy their economic buoyance whereas Southeast Asia and probably Central America are believed to be other beneficiaries. Therefore, the government’s reshoring policy will see companies leaving China but heading towards some other countries other than America.

Decoupling will be popular due to the government patronage as well as some companies preferring it for their economic interest but its effect will be way different from what the government wanted. Regardless of who wins the election or how long Jinping serves as a President, the scenario is not going to change. It’s an ill omen as the government policies fueled by divergent interests will only lead us towards a scrappy global economy.