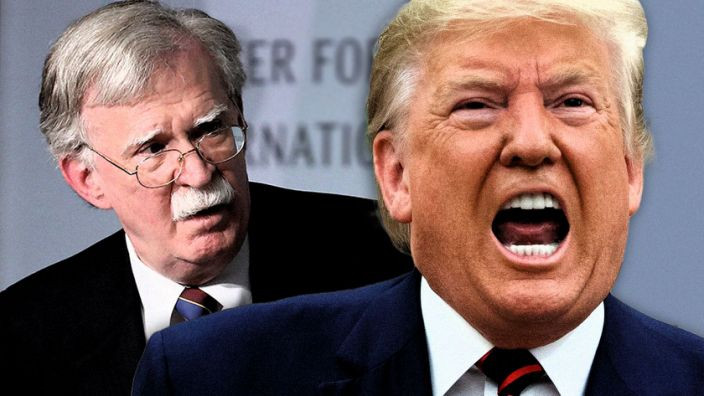 All About “Formal Threat” to John Bolton From Trump Security Officials

White House Security Officials reportedly issued a threat that if John Bolton, the veteran national security advisor for President Donald Trump, does not delete classified information from his book, they would block its publication.

The National Security Council, in its letter to Bolton’s attorney, made it clear that it figured out that the book contained some ‘top secret’ information that could destabilize national security. However, the NSC is yet to specify those pages.

Cooper, Bolton’s attorney, argued the claim that Bolton’s book had classified information. He claimed in his Jan 24 email to an NSC officer that there were no reasons to believe that any of that information should be considered classified. He talked to the reporters about his email yesterday.

The NSC stated it would work with the author on revisions of his book and that prompted demands for Bolton’s testimony in the impeachment trial of President Trump.

A month ago, Bolton’s team sent the manuscript of the book to the NSC for a thorough review to find if the book included any information that should not be disclosed to the public.

Yesterday, the White House issued a reply signed by Ellen Knight. The senior director for records, access, and information security management says that the review makes it pretty clear that the manuscript includes a substantial amount of sensitive information worth being called classifieds.

Administration officials have insisted that Trump as well as his legal team is yet to read the manuscript and played no role in book review.  Cooper asserted that he and his team were confident that the book included no classified information.

According to a story published on the New Work Times on Sunday, the manuscript contained sensitive information that President Trump allegedly withheld military aid as well as an invitation to Volodymyr Zelensky to the White House to force Ukraine to probe into his political rival Joe Biden. It is a serious accusation and at the chore of impeachment trial against the USA president.

The President’s critics think that Trump desperately wants to prevent the book’s publication at any cost unless the classified information is dropped. They even wonder if the NSC letter is a part of that desperate effort.

Walter Shaub, ex-director of the US Office of Government Ethics, says no one works so hard to prevent the truth from becoming public unless it damages one’s image. On Wednesday, the President warned Senate Republications not to allow Democrats to call witnesses for the trial. Some Republicans insisted that they were interested to hear from witnesses including Bolton and it may be enough to force summons this week.

Cooper, in his email to the NSC’s Knight, mentioned that Bolton was getting ready for giving his testimony though it was not clear if he would be subpoenaed by the Senate. Trump along with Senate Majority Leader Mitch McConnell and White House aides is desperately making efforts to lobby GOP senators to get the impeachment case against him dismissed as soon as possible.

Some critics are reportedly concerned that the Trump administration is even going far to threaten Bolton. They think that Bolton, who was a national security officer for the President, would reveal no secret information in his book.