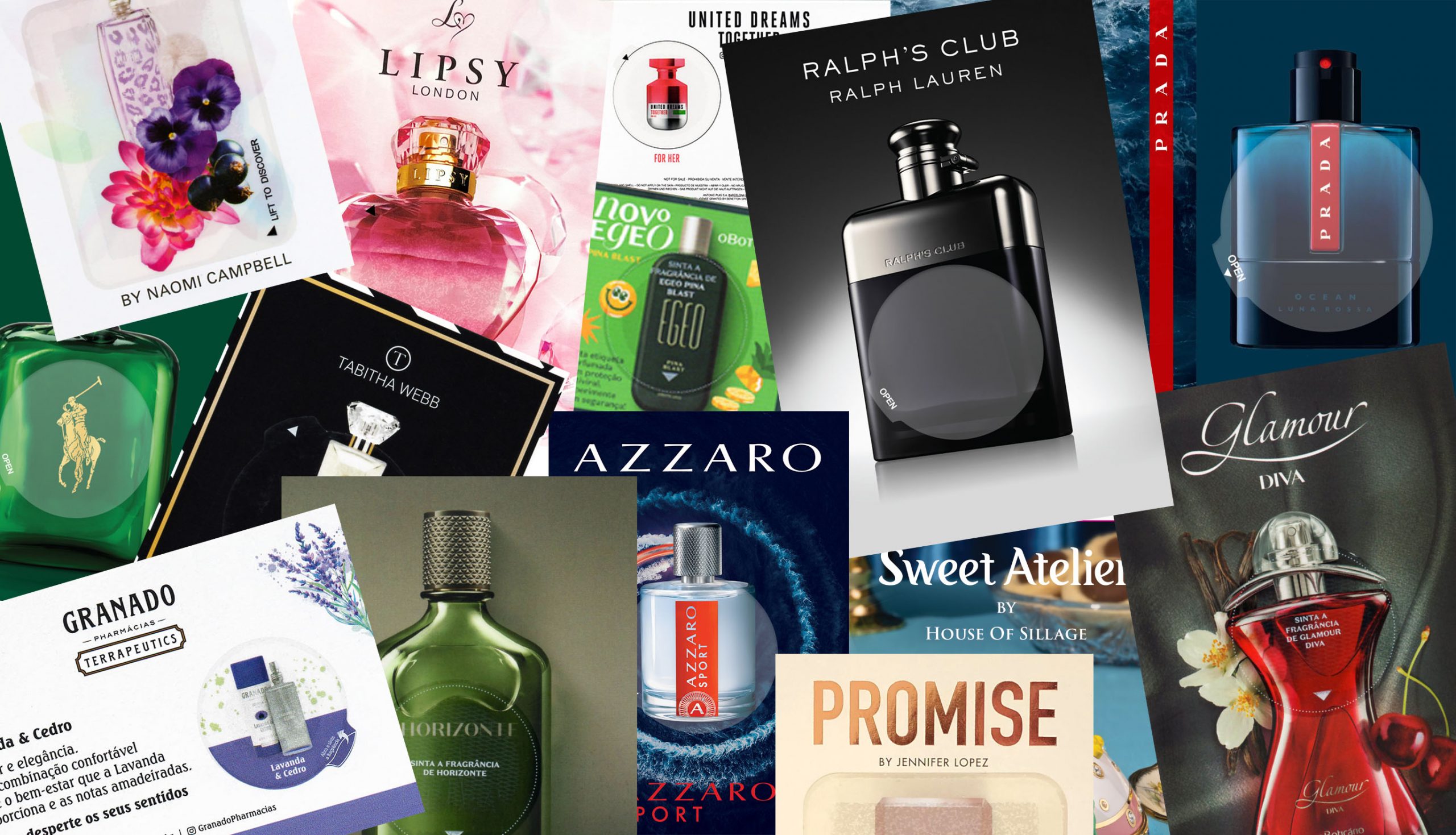 Luxepack Monaco 2022, the world’s largest concentration of creative packaging manufacturers for the luxury market, to be held between October 3rd and 5th in the Principality of Monaco, will feature one of the biggest innovations in the sampling segment, landing directly from Brazil: the Plastic-Free Scent Ticket, 100% made of paper.

The microencapsulated fragrance is stored in an improved manner than the previous version of the product, as when the Plastic-free Scent Ticket passes through the dispenser nozzle, it activates and releases the fragrance. “This is the big takeaway from the launch. In addition, it represents a great advance in the challenging journey for solutions in raw materials from renewable sources for the creation of recyclable, biodegradable or compostable products,” says Sergio Picciarelli, marketing and innovation director at Adhespack, who also adds that this ticket is just one product from Adhespack’s Plastic Free sample line.

Another novelty of Adhespack that also prioritizes the reduction of the use of plastic is the 5X fragrance label. The new version of Adhespack’s flagship item features a plastic reduction of more than 50%, all without losing olfactory fidelity.

Adhespack will also launch the Fragrance Card at Luxepack, which is 99.09% composed of paper. “Combining creativity and technology available at the moment, we will launch this sample option that can be recycled along with paper waste, as it is composed 99.09% of paper and less than 1% of recyclable PET,” explains Picciarelli.

The plastic-free and plastic-reduced sampling, which overcame technical challenges brought about by their development, aligns with the ideals of the historic agreement announced in March by the UN to create the first global treaty on plastic pollution; considered the most significant environmental pact since the Paris Climate Agreement in 2015. Authorities from 175 countries, including Brazil, joined the treaty, which should be finalized by 2024.

Almost 300 releases are traditionally revealed each year at Luxepack and Adhespack has been standing out among them for a many years. “Our speed of development and ability to always be ahead of innovations in sampling always generate great expectations from brands,” proudly said Volney Camargo, CEO of Adhespack, remembering that last year the company took to the event pioneering solutions in perfume and makeup samples that offered protection against viruses and bacteria. “We were very agile in giving an effective response to the concern of ensuring safe experimentation at points of sale,” he says.

With over 20 years of expertise in creating and producing samples for the cosmetics, perfumery, household, and auto care segments, Adhespack sells its solutions to customers in several countries. “These are impactful, interactive, safe and sustainable technologies that stimulate the purchase desire of consumers around the world.” adds Camargo.